I've done a lot of ink reviews for the Tools of the Trade portion of the blog. There are several reasons, the first and most obvious one that I enjoy playing with new inks and sharing my thoughts. They're also a pretty straightforward post topic, and they're easy to get up here even when the thinkiest parts of my brain have dripped out of my ear. They're just not complicated. Another way to say that is that they're not adventuresome, and I have many a Tuesday when I'm glad about that. 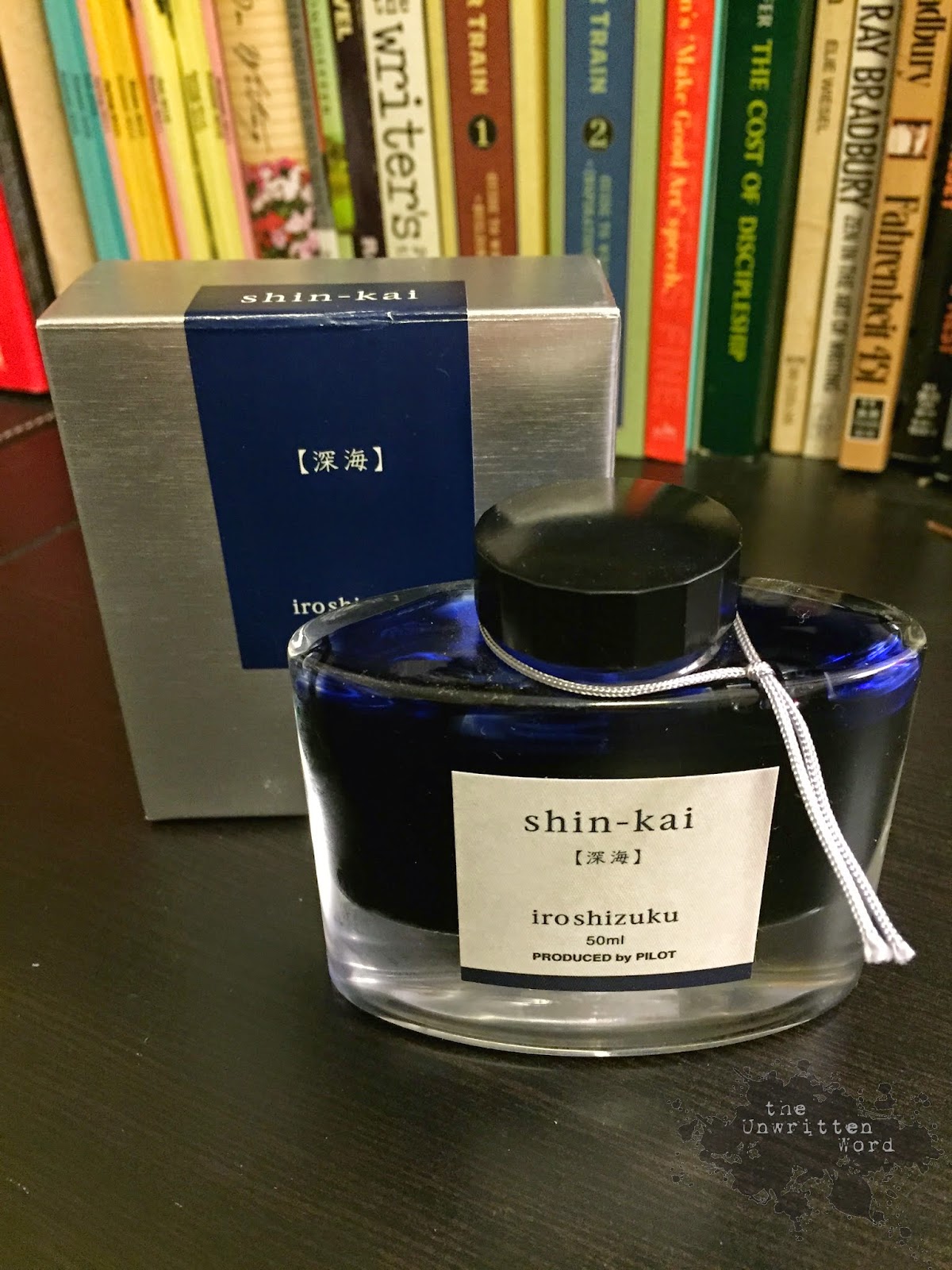 Well, maybe not the ink itself, but reviewing Iroshizuku Shin-Kai is adventuresome. (This is where you're glad I do this so you don't have to. Trust me.)

It all started innocently enough. My friend Derek paid us a visit and brought along a few favorite inks and pens for Husband and me to try. He had Iroshizuku Shin-Kai loaded in his Pilot Vanishing Point with EF nib, and I thought it would be such a simple thing to scrawl down a review.

Things went well...at first. I wrote happily for a little while to get to know it before I wrote the review. "This is a nice, if unremarkable, ink," I thought. "This is as well-behaved and earnest as any other Iroshizuku, though it's hard to see its character in such a fine nib," I mused. Innocent. Unknowing. Doomed.

After some writing, I had to top off the pen. This is where I went wrong.

You see, Pilot Iroshizuku ink comes in some of the loveliest glass bottles you can buy. They're really well-designed and attractive. They even have a cute little string around the bottle neck, which can be used to catch drips from running down the bottle or just to look like a dapper little necktie.

I'm choosing to think of this one as a noose. 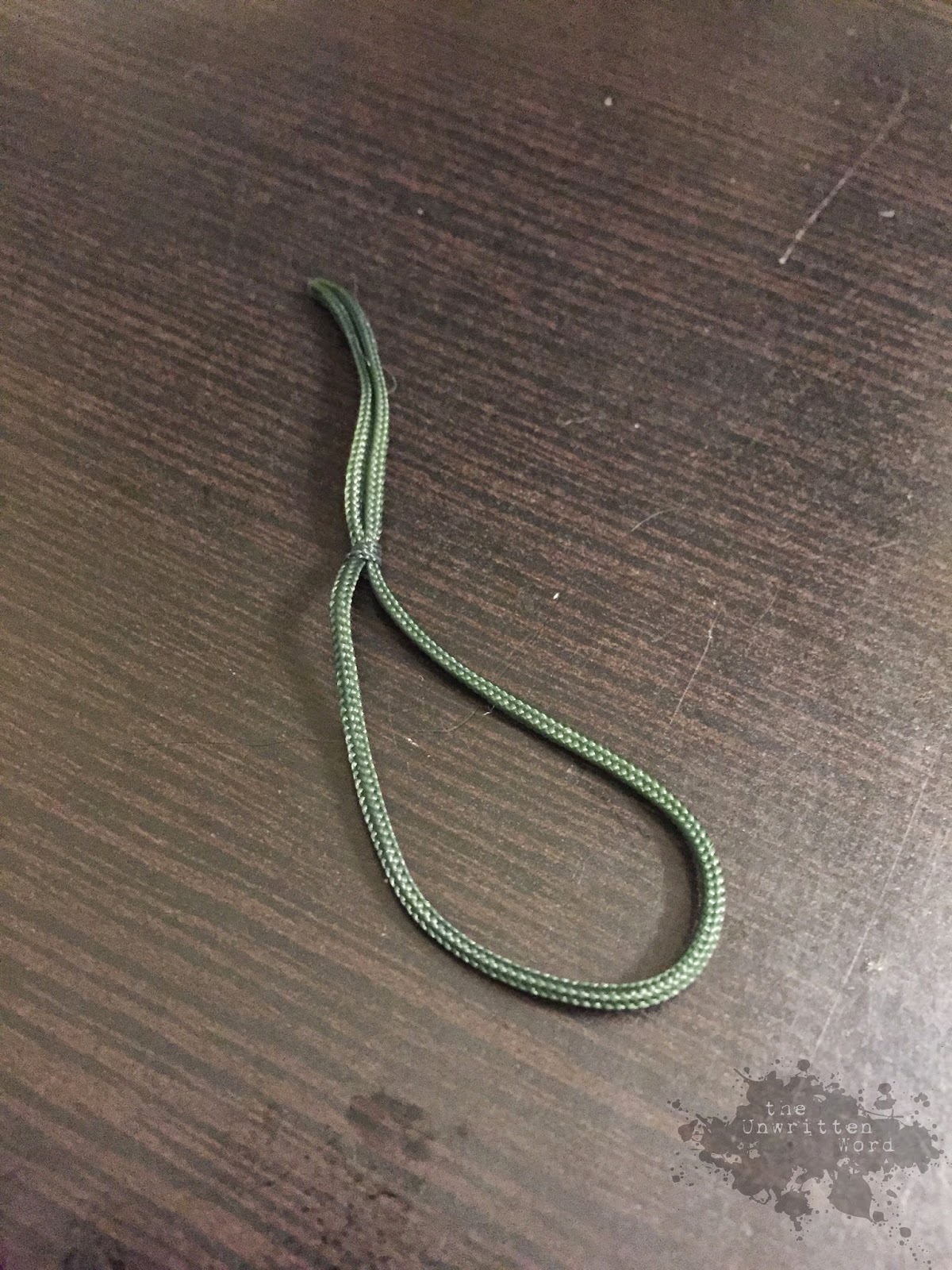 When I topped off the pen, I neglected to pay attention to where the string was hanging out on the threads. I managed to get the cap on...sort of. I put the ink bottle back into the box and handed it off to Derek before settling down to write my review. Then, I hear, "Uh, what's happening?" come from Derek who has a growing puddle of blue ink burbling through his fingers. I grab the box from him and head to the bathroom with it, expensive blue ink running down my hands. Derek has gotten it on his t-shirt and now has a blue spot on his stomach that looks like he's been attacked by a kamikaze Smurf. I get the box into the sink and find the string wedged under the cap, keeping it just crooked enough to cause a flood. 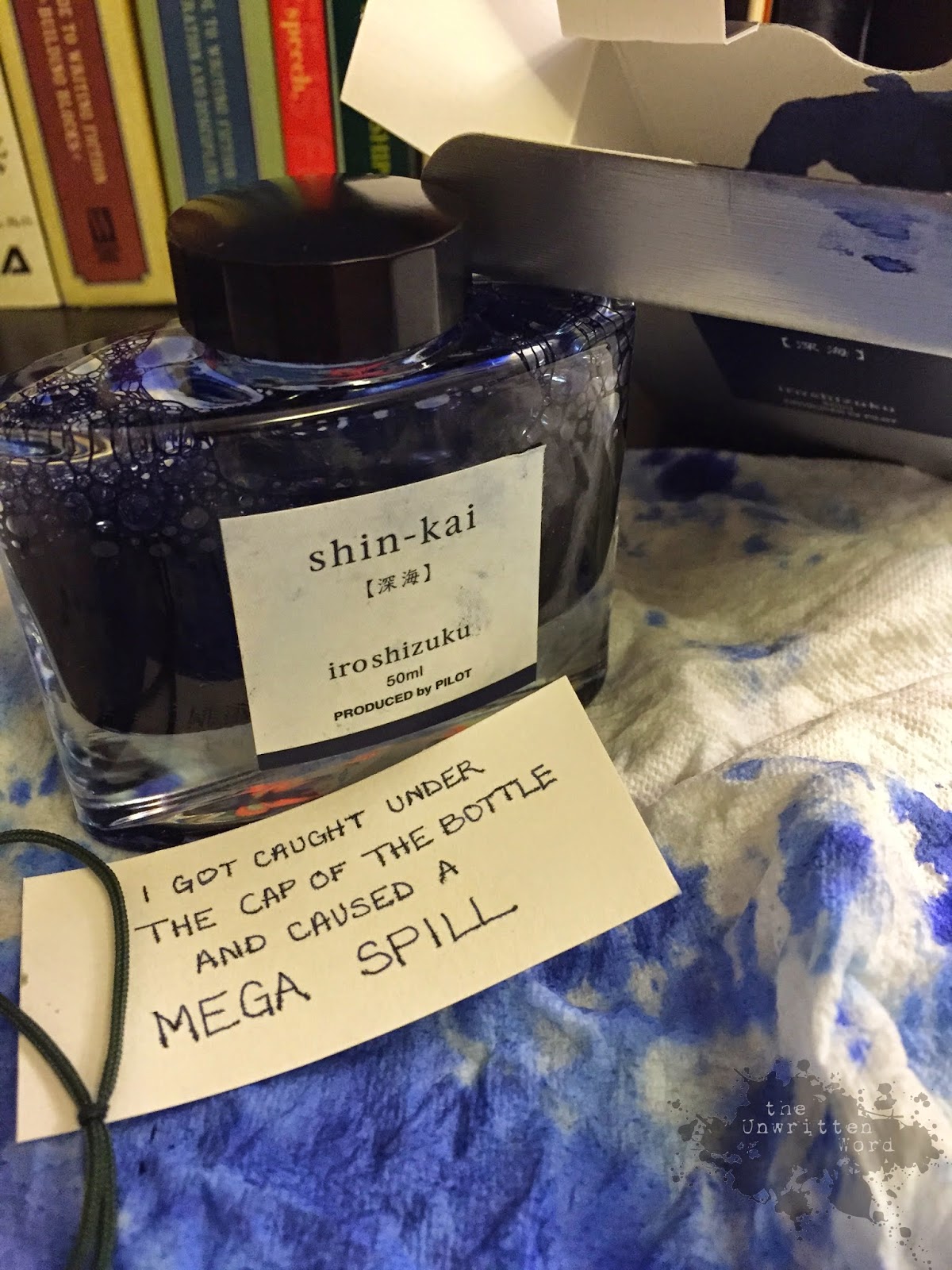 And flood it did. We had ink everywhere. Derek and I definitely make a good disaster-control team, and somehow we spared my carpet, but I don't think I'd want to relive it. If you get this or any other Iroshizuku ink, you're nearly guaranteed to love it, but watch those pesky nooses! They're out to get you. 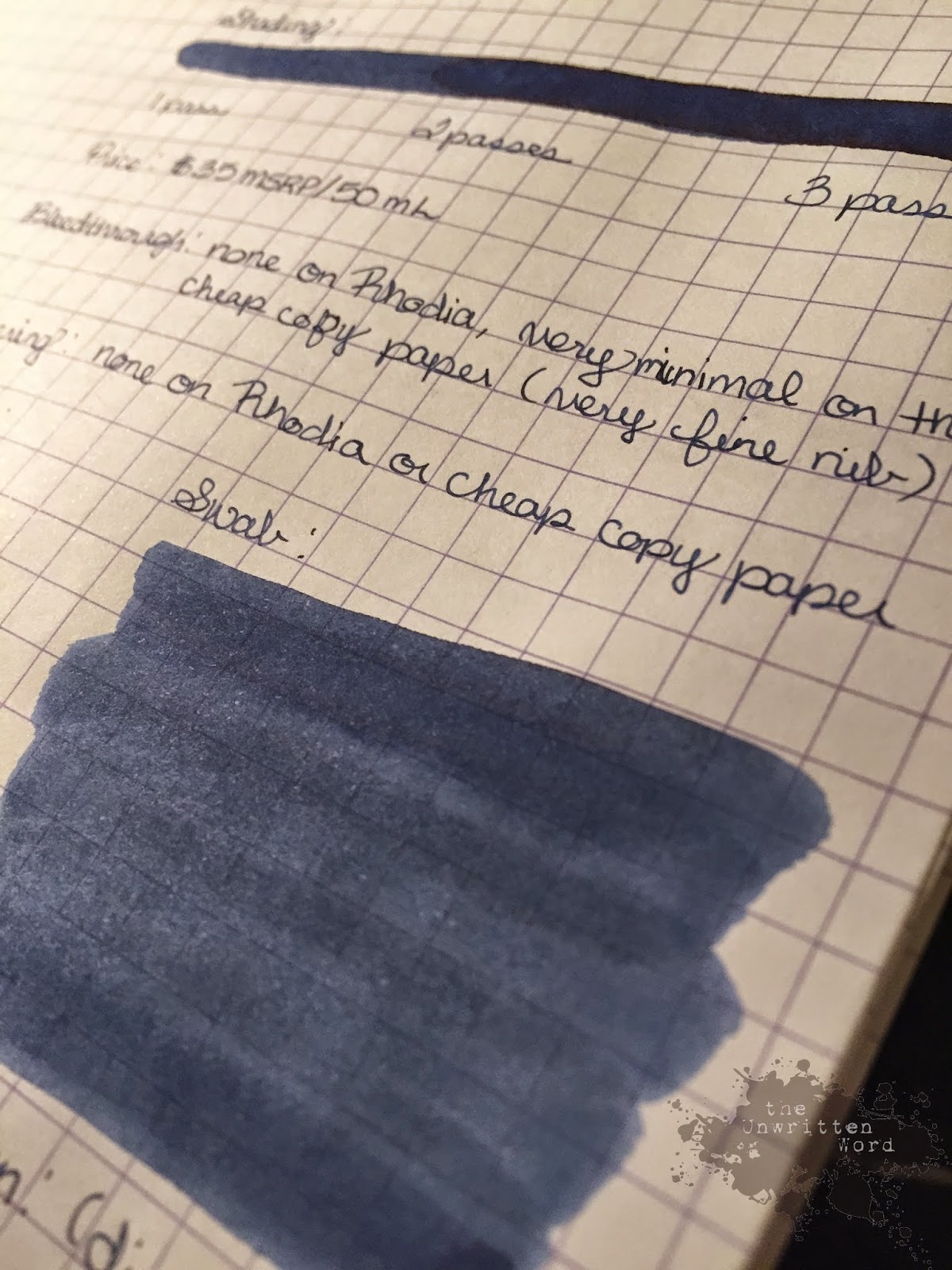 As for the ink itself, it is a pretty straightforward dark blue to blue-black color. It's inoffensive and utilitarian...until you spill it. It seems to have less depth than many other Iroshizuku colors I've tried, with the swab coming out a little chalky even, but let me tell you, it sure was pretty running down my sink, and my cuticles were dyed the deepest blue for a long, long time to come.

If you're in the market for a steady blue-black, Shin-Kai will probably fit the bill just fine, though there are a lot of cheaper options out there. Personally, I have fallen in love with the whole Iroshizuku line for their universal good behavior, and having a trustworthy ink in a beautiful bottle is just about worth it to me for the extra expense.