The Man Behind the Counter 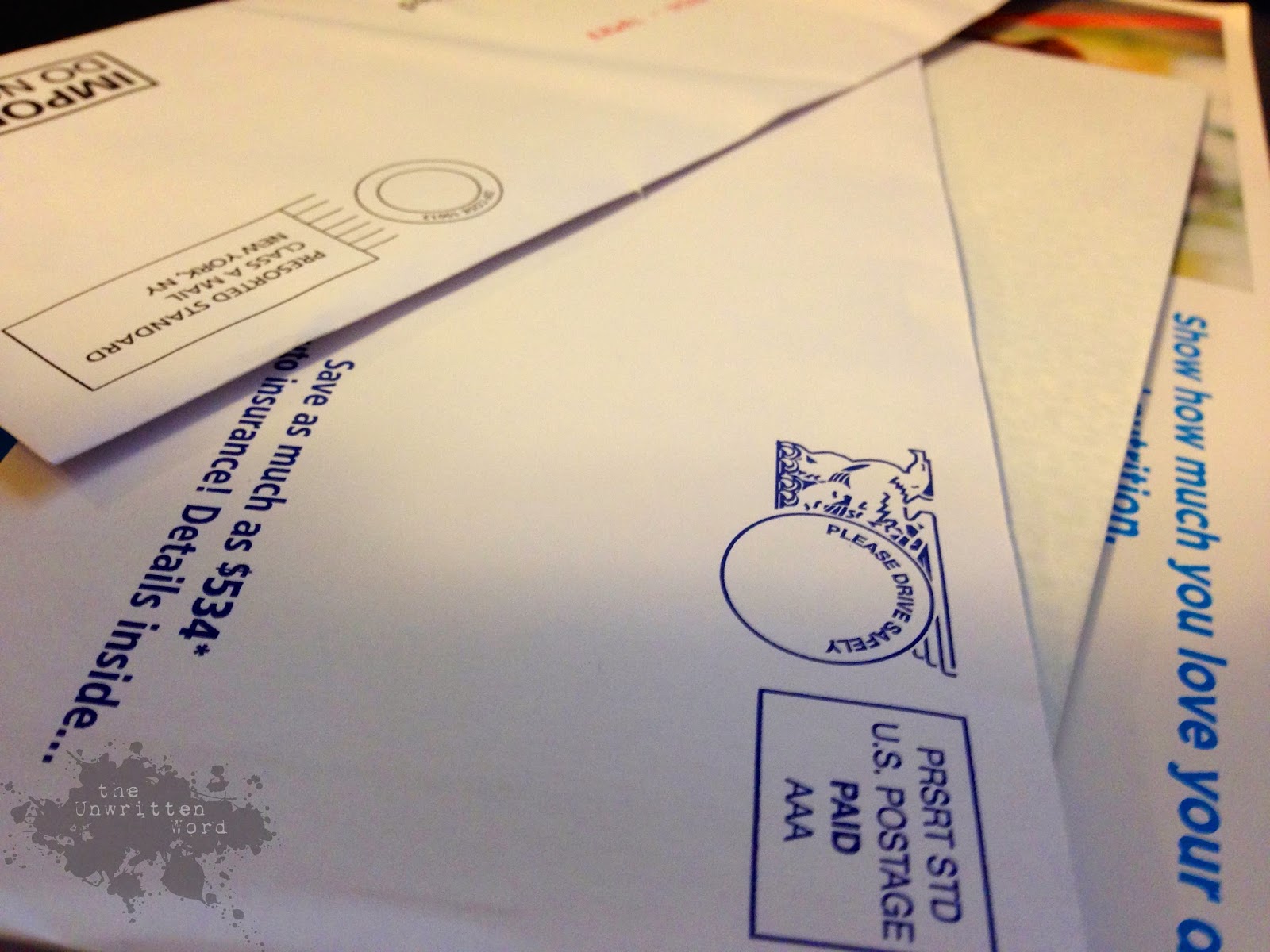 He was slow. There was no denying that.

In the span of time my little battalion waited in line, his colleagues zoomed through the rest of the patrons in short order.

I don't know what held him up, but I didn't mind waiting. That's what lines are for.

"What on earth is taking so long?" grumbled a tiny woman in front of me. She was short enough that I could see right over her head, but she had a tone that said not to make a habit of it.

"It's the post office on Easter week," I said. "Probably a lot of packages to sort through."

She looked up at me over her glasses, "Hmmm," she said, and kept on looking at me.

"And it rained yesterday," I added, thinking of the new hardcover book I had come after, and being grateful it hadn't been waiting in a puddle when I got home the day before. I hoped maybe she'd think of her own dry, safe package and wait a little happier, maybe crack a grin or at least blink a few times.

She huffed. That's all.

Another person joined the pick-up line and tapped her hard-soled toe on the scuffed tile. I guess that's how it got scuffed in the first place, waiters not wanting to wait.

"What on earth is taking so long?" she asked before I'd even had time to lean my sore back against the wall.

Before I could answer, the short lady leaned around me and said, "That man up there! He's so slow."

"Exactly," said the tiny woman. She finally smiled. The man came back to the counter and scanned the package he had finally located for the couple with the sleepy baby. He took a long time.

They grumbled and shifted their weight. They took turns huffing and toe tapping and counting people who came in the door after them and left before them. I waited. I didn't mind.

The man behind the counter went back for another package.

A guy came through the door and stood behind the toe-tapper. "What on earth is taking so long?" he asked, as soon as the door swung closed behind him.

The trio talked about lines and waiting and tapped and blinked and huffed. I watched through the blinds at what slivers of sky I could see, and I waited.

Eventually, another employee came and took our cards, four at at time, and rushed to the back to forage for our boxes. She was back in no time, and the short lady and the toe-tapper rushed forward to claim their packages.

The man behind the counter came back with his package, too. I took a good look at him, the rounded slump of his shoulders, the trenches under his eyes, the row of unruly hair that had defied his comb and ran up the back of his head like hackles. He was slow, there was no denying that, but there was no less work in him than any of the rest of us, workers and waiters alike. He wore a look that said he was sorry he was slow, but it was Easter week at the post office after all. And it had rained.

I wish I would have stayed there and waited in his line, just so he would know.

The Problem with Back Problems

Before I messed up my back, I took it for granted. There were so many little things I did everyday without thinking, and now I think about them VERY HARD before, during, and after. Here are a few: 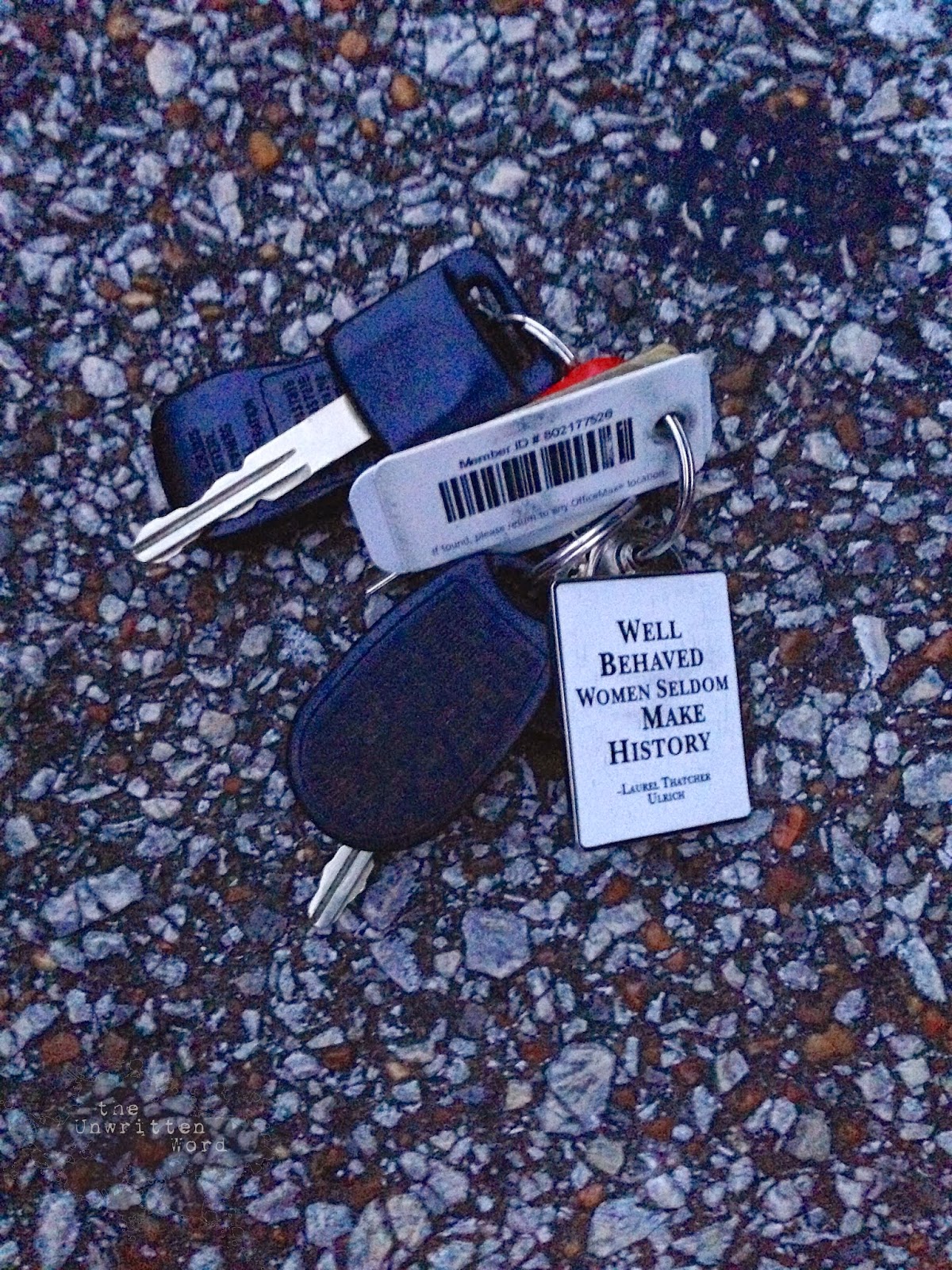 1. Dropping my car keys in a busy parking lot. I can't bend over to get them. Well, I could, but there is a distinct possibility of becoming a knurled-up back-hating speed bump in the process (and I probably still wouldn't be able to reach my keys).

2. Petting the animals. No matter how much they beg for attention when I come in the door, I must harden my heart and avert my eyes. Cats are short.

3. Stairs. The world is FULL of stairs.

4. Driving. It seems simple enough. I always think so when I get into the car. Then I remember that car seats are not comfortable, and that changing lanes and reversing require turning around in the seat. My back doesn't like turning. It doesn't like it at ALL. I have to three-point turn things I should be able to do with a Mack truck in one go because I can't see behind me well enough without being able to turn all the way around.

5. Walking. Ouch. Just...ouch. Sciatica=I would gnaw off my own appendages if I was able to bend over far enough to do it.

6. Sitting. I like sitting. I can do that. I get all uncomfortable and squirmy after a while, but generally, sitting is about as good as it gets. Until I stand up after doing it too much. Then I have the kind of binge-regret usually saved for a tub of Ben & Jerry's. Sitting is a sometimes food.

7. Showering. The parts of me that I can't reach need to be clean too, and if I manage to slip in the tub, there I will stay until the shower spray water torture drives me mad and I go frolicking in the pain-free fields of my mind for all eternity.

9. Casual motion of any kind. Carrying anything, picking up anything, putting down anything, reaching for anything: all scary. I don't make a move without being acutely aware of the fact it will probably hurt. Even if it doesn't, I wince anyway. In this case, preparation always beats surprise.

10. Writing blog posts. Okay, this one has absolutely nothing to do with my back and everything to do with my calendar and my brain. I am wrangling those two ingredients currently so I can get back into the groove of things with my writing. Short of the water torture mentioned above, it is one of the only activities in which I can frolic in pain-free fields and live to tell about it.
Posted by Marisa at 10:53 PM 2 comments: