I realize it isn't Tuesday, and that means it isn't Tools of the Trade day, but earlier this week was my wedding anniversary. Rather than write a long, languid post about how much Husband has meant to me over our last eight years together, I will spare you the mush (and there WOULD be mush). Instead, I will take this opportunity to get the Tools of the Trade part of the blog back in gear in honor of another anniversary: Diamine's 150th Anniversary Ink Set. 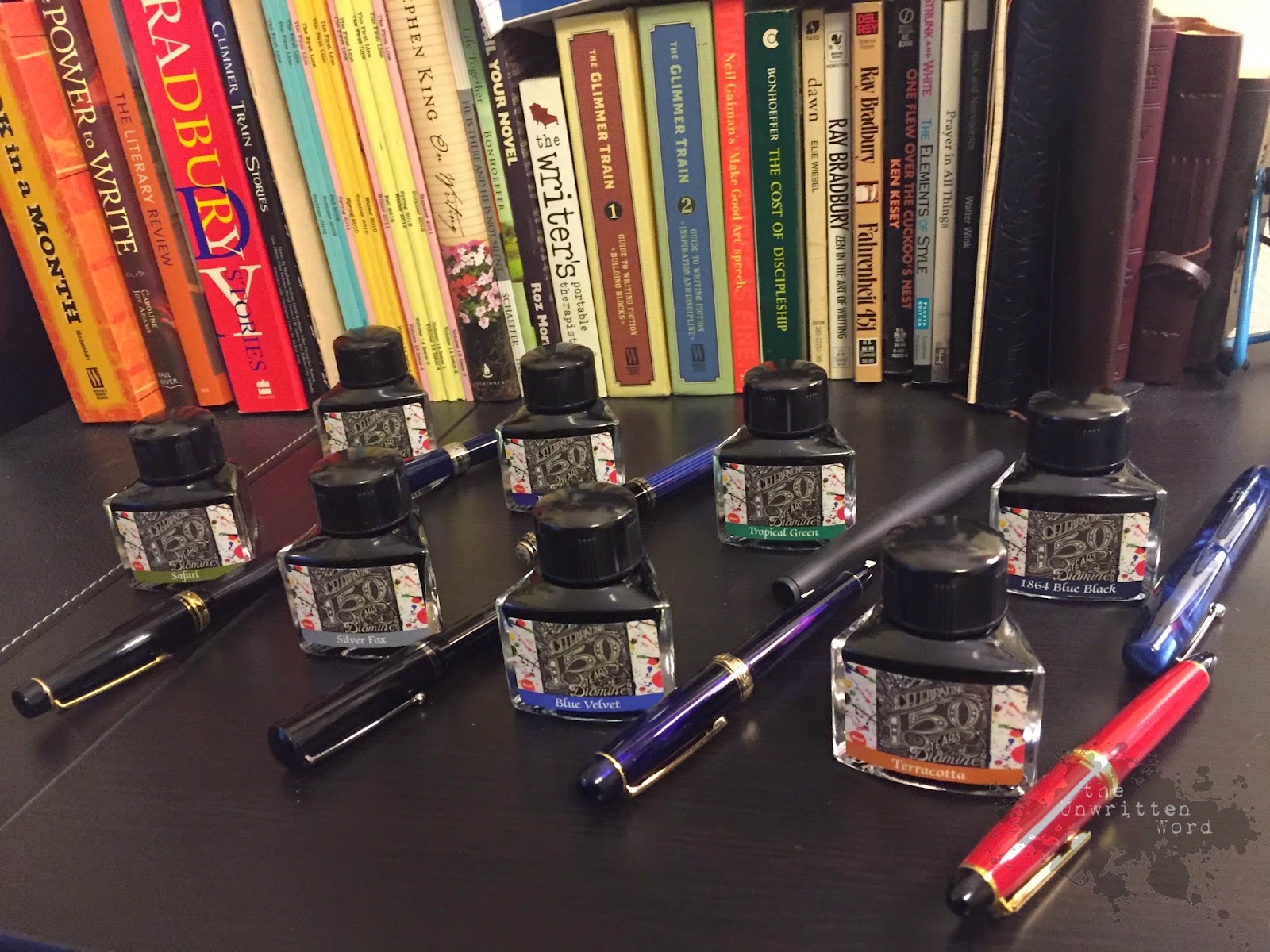 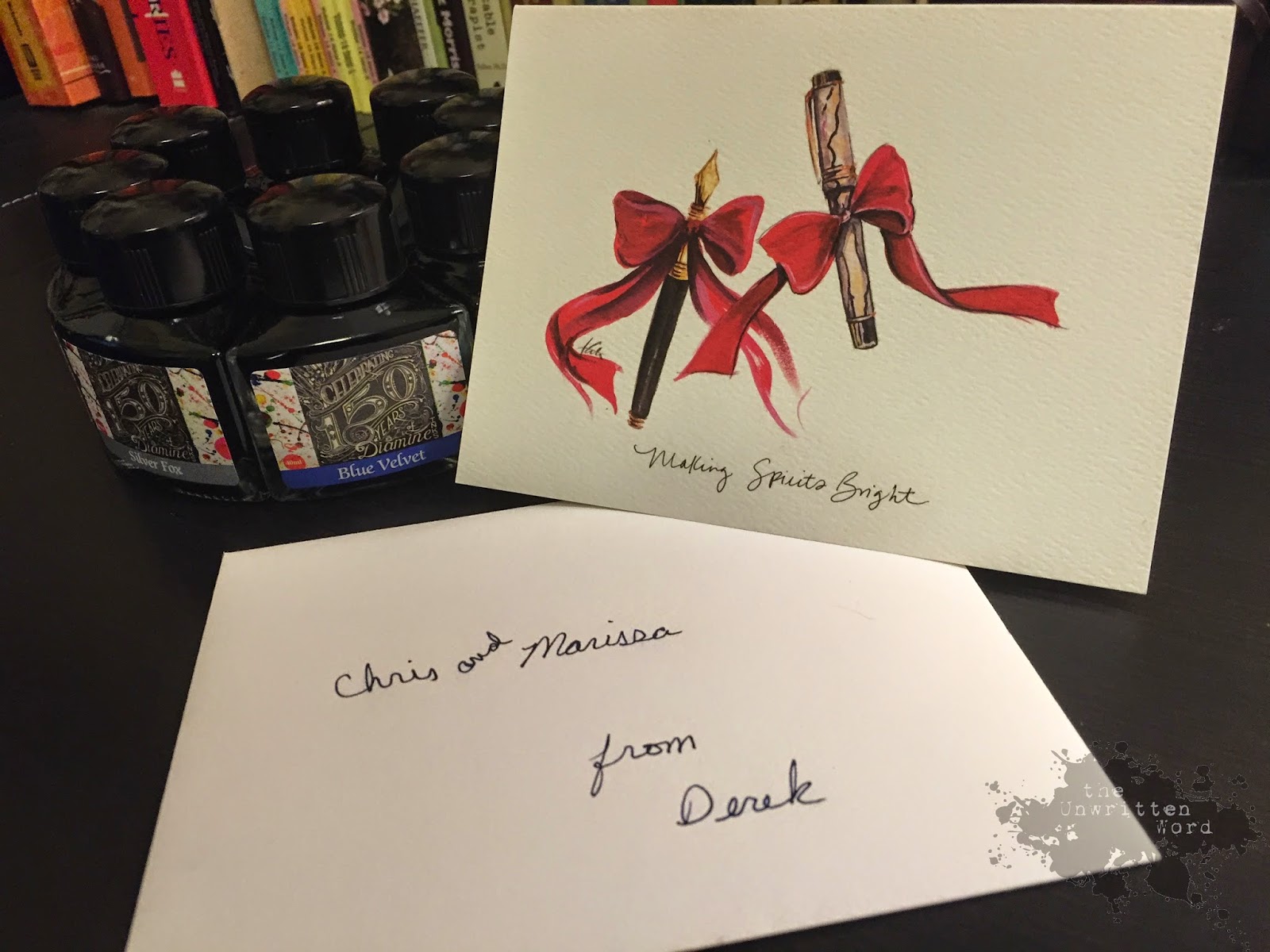 Husband and I received this lovely ink set as a gift from our friend Derek courtesy of Vanness Pens in Little Rock, AR. Not only did it come to us blazing fast, it also came with a lovely card--a vintage Parker card I am sure would not have been included had the gift been ordered from those sweethearts at Amazon.com, but I digress.

There are eight exclusive inks in the set, though Diamine states they are not limited editions and will be available separately ongoing. This is good news for me because I have no doubt I will be using up some of these colors post haste. 2014 has been a rough year for me, and I have a lot of writing to catch up on in 2015.

Each ink bottles comes in a unique 40mL wedge-shaped bottle that fits together with its brethren to form a circle, or an ink-pie/cake/insert round dessert. They're definitely pretty enough for display in any inkophile's study, and Derek suggested we get a lazy Susan so we can spin-the-ink-wheel whenever we need to choose a color. 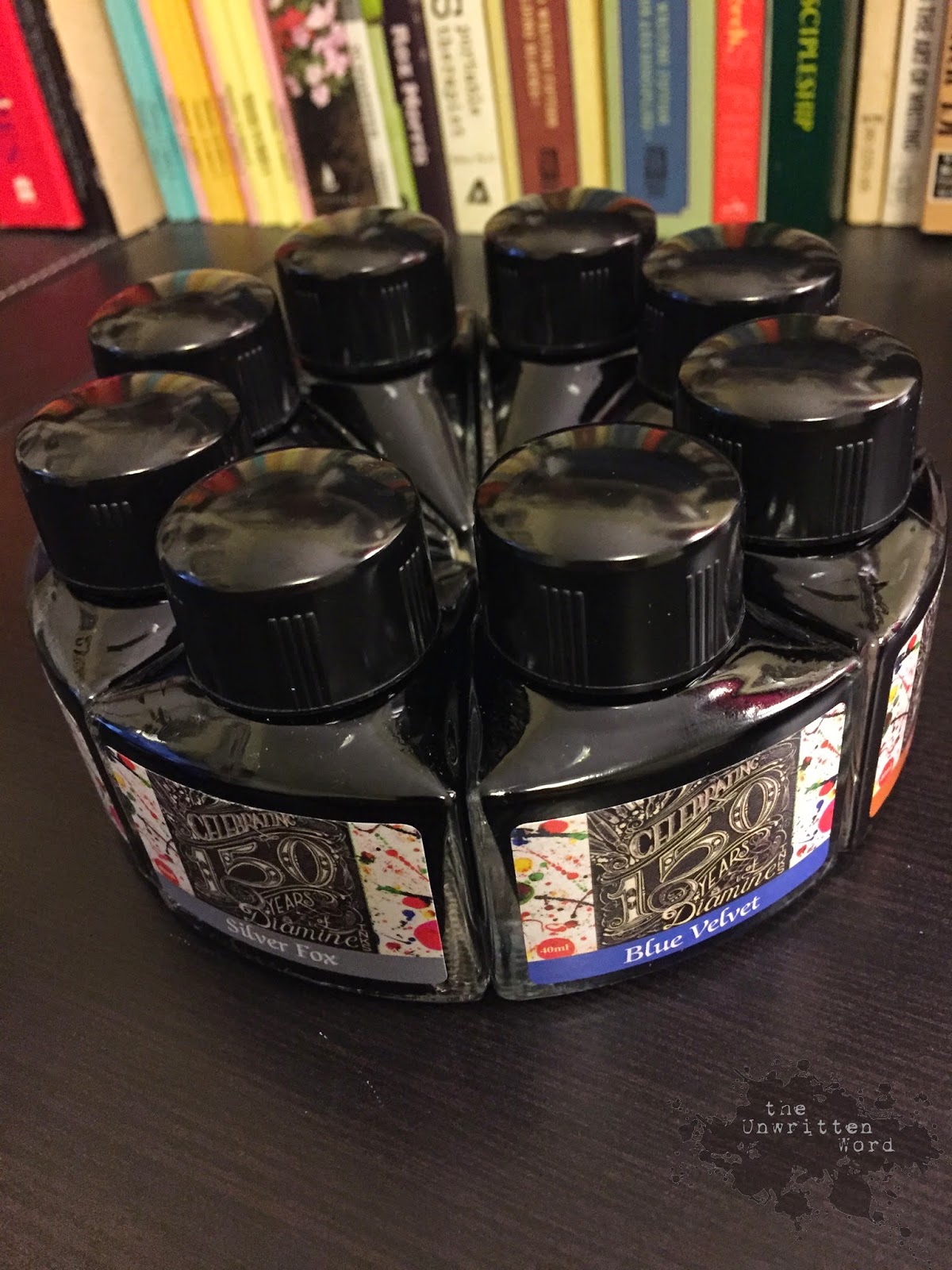 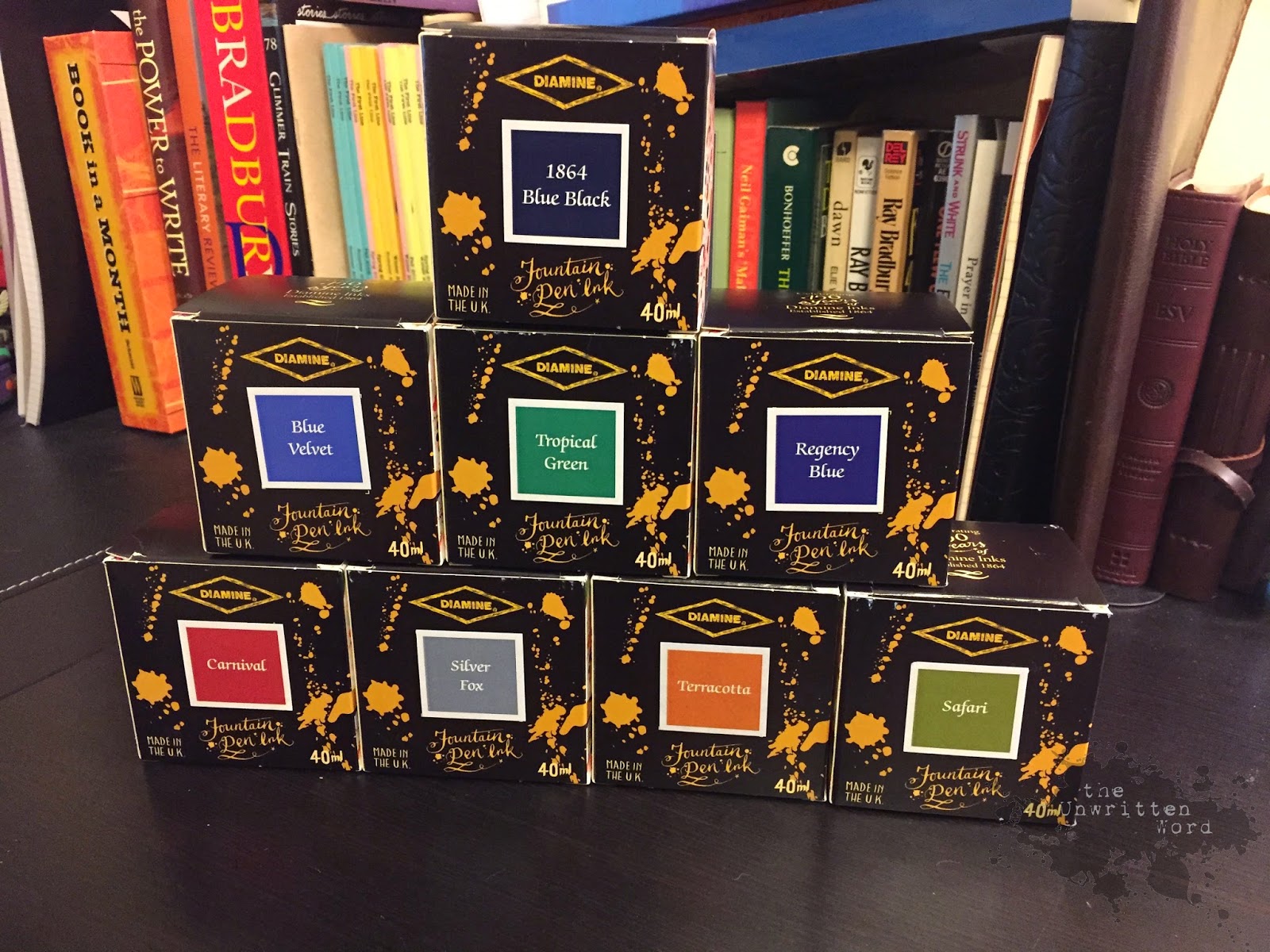 I'll be posting individual reviews in the near future, but here are color swabs of the eight exclusive 150th Anniversary edition inks. 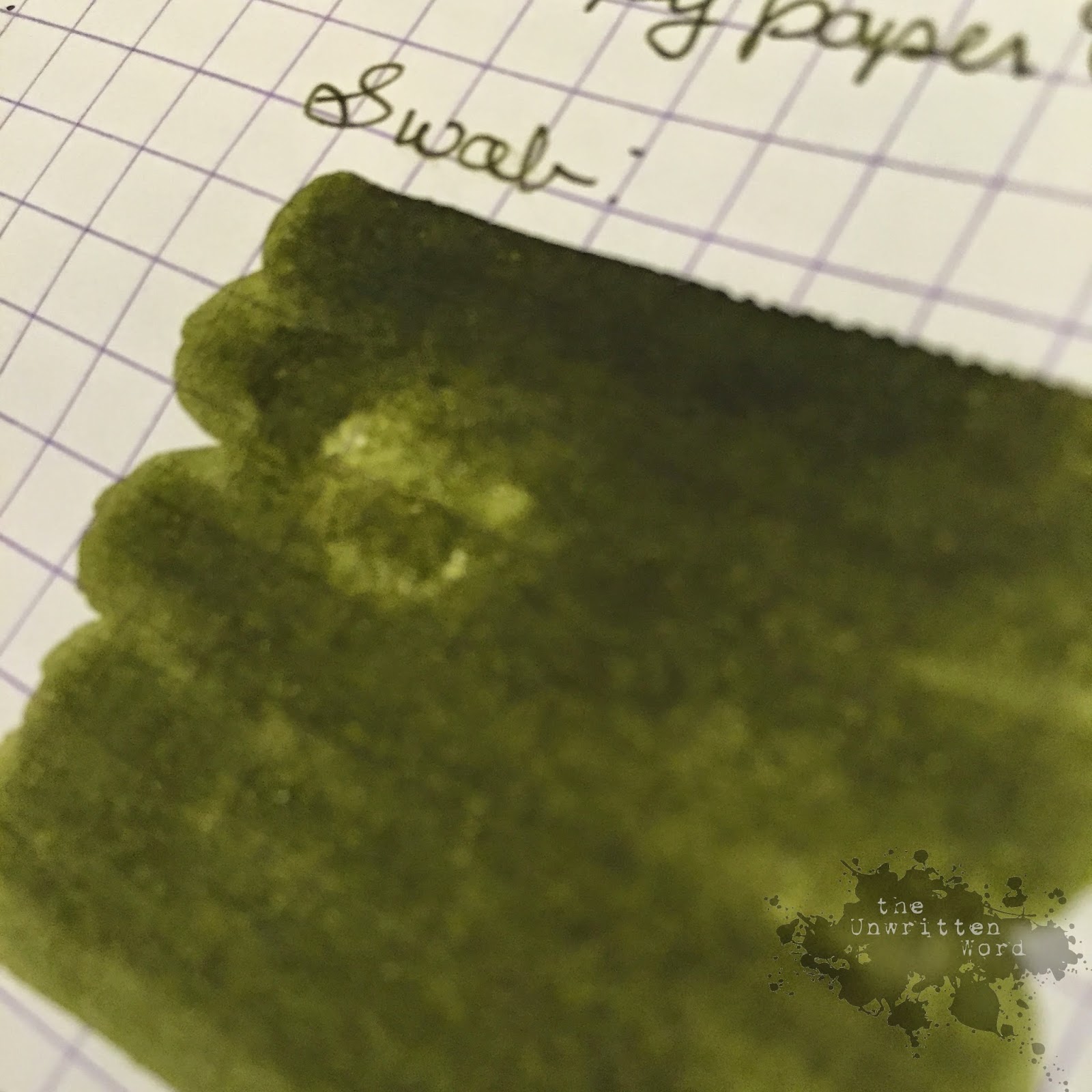 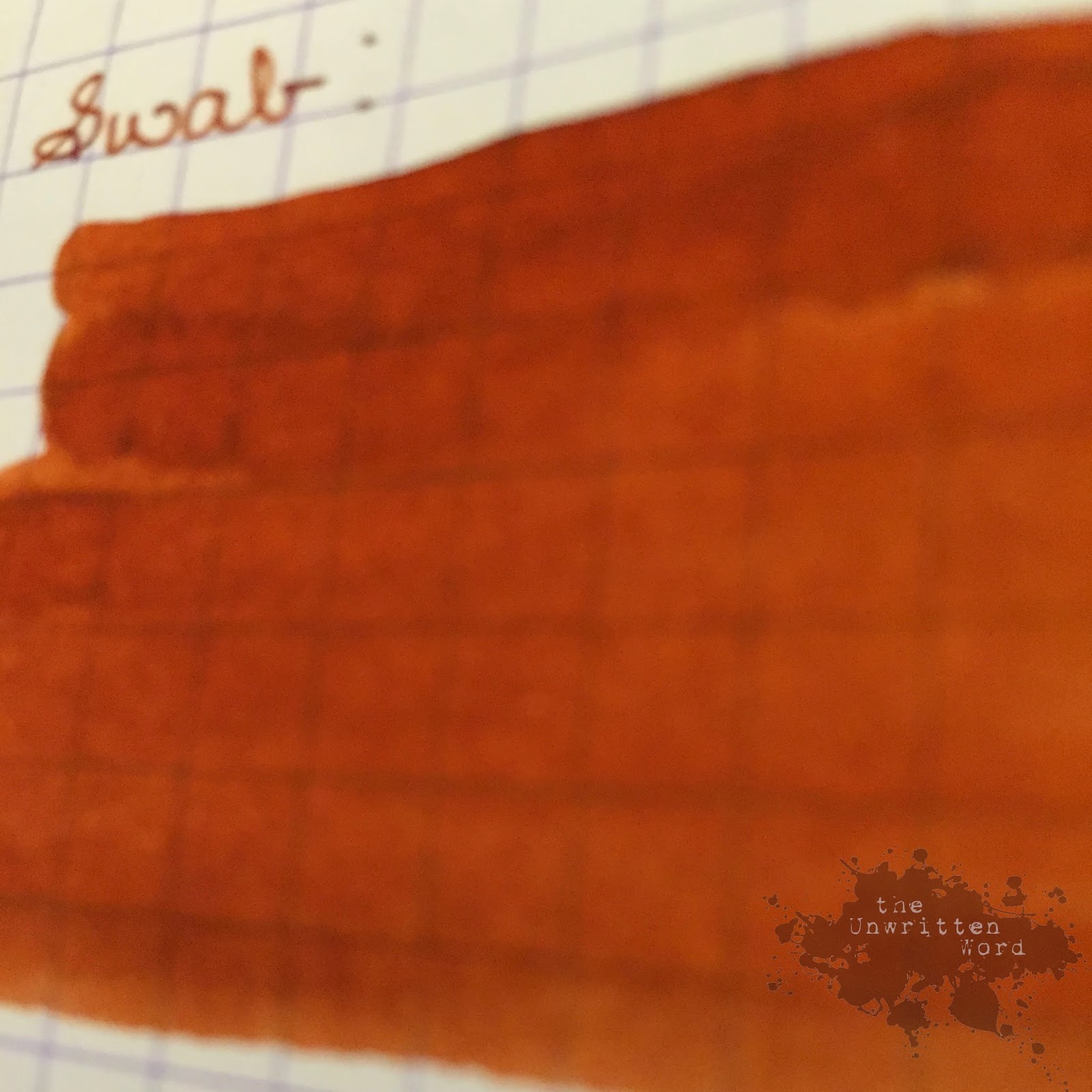 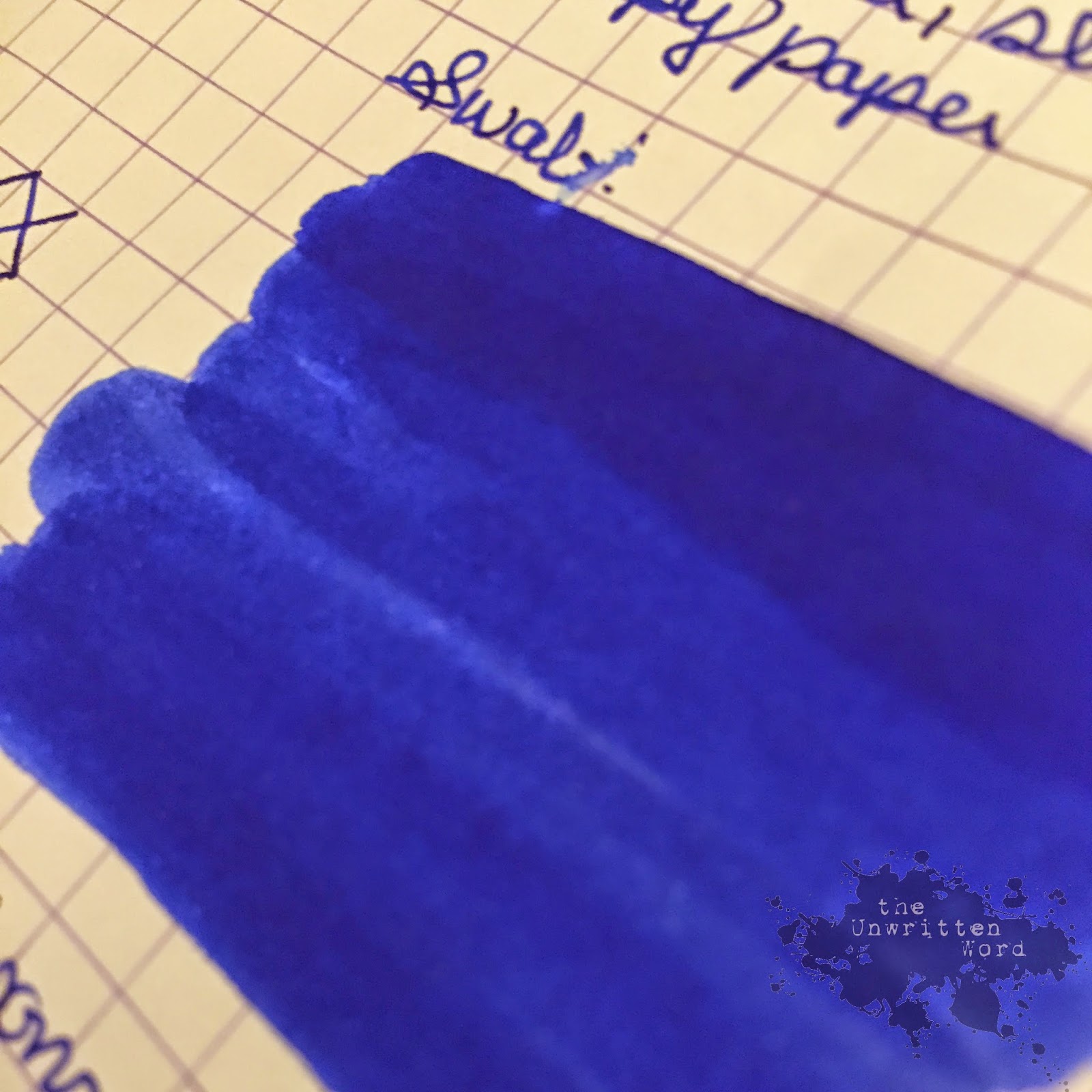 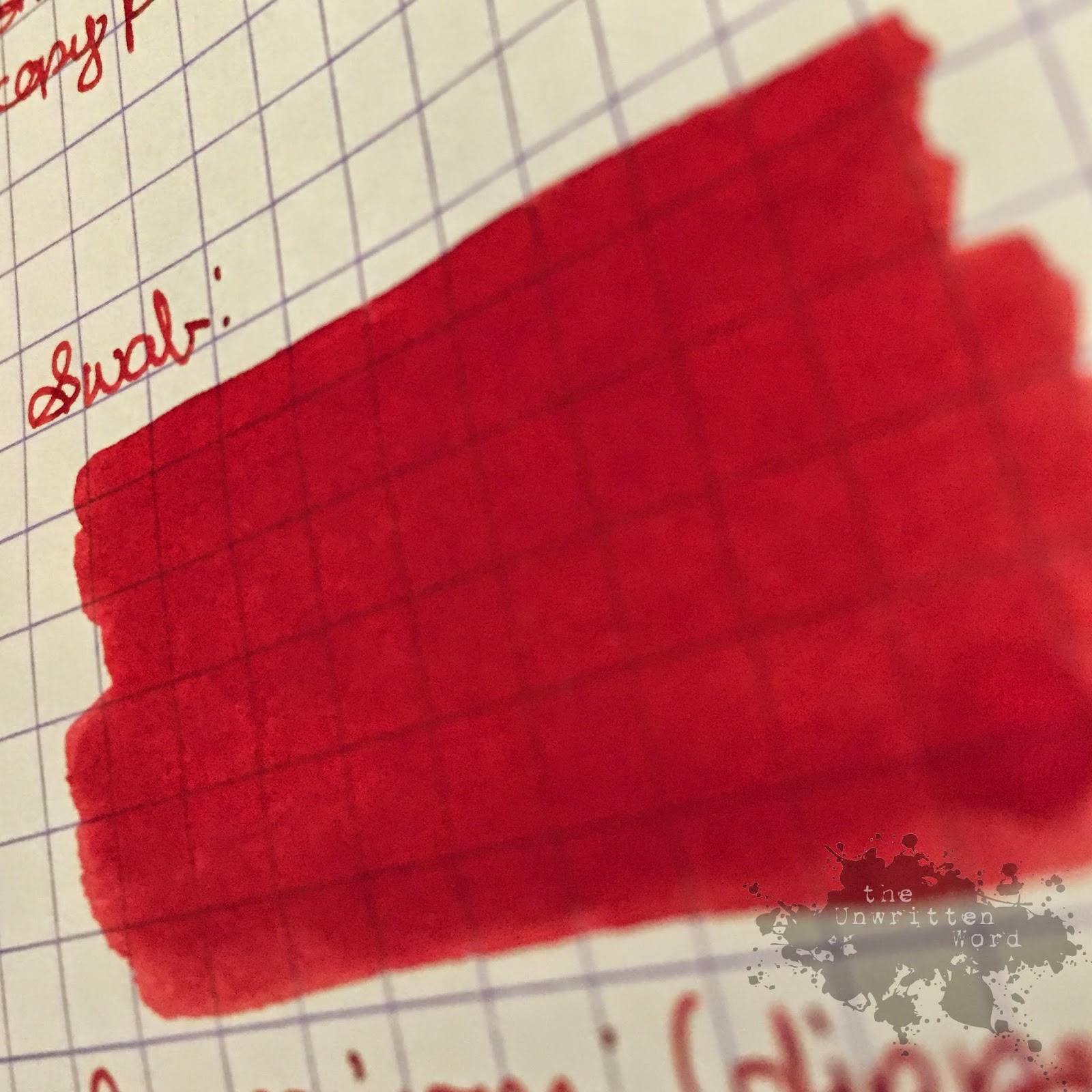 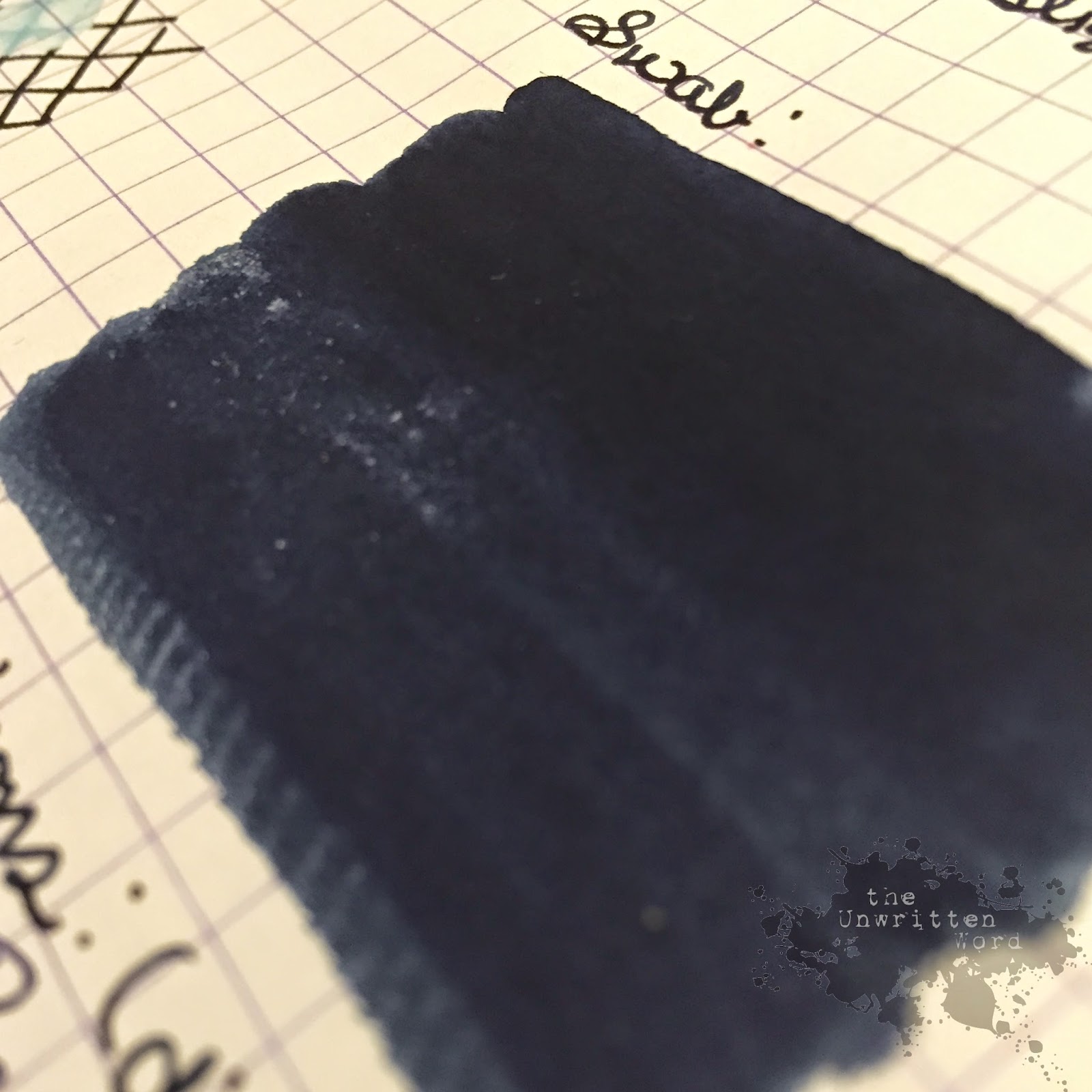 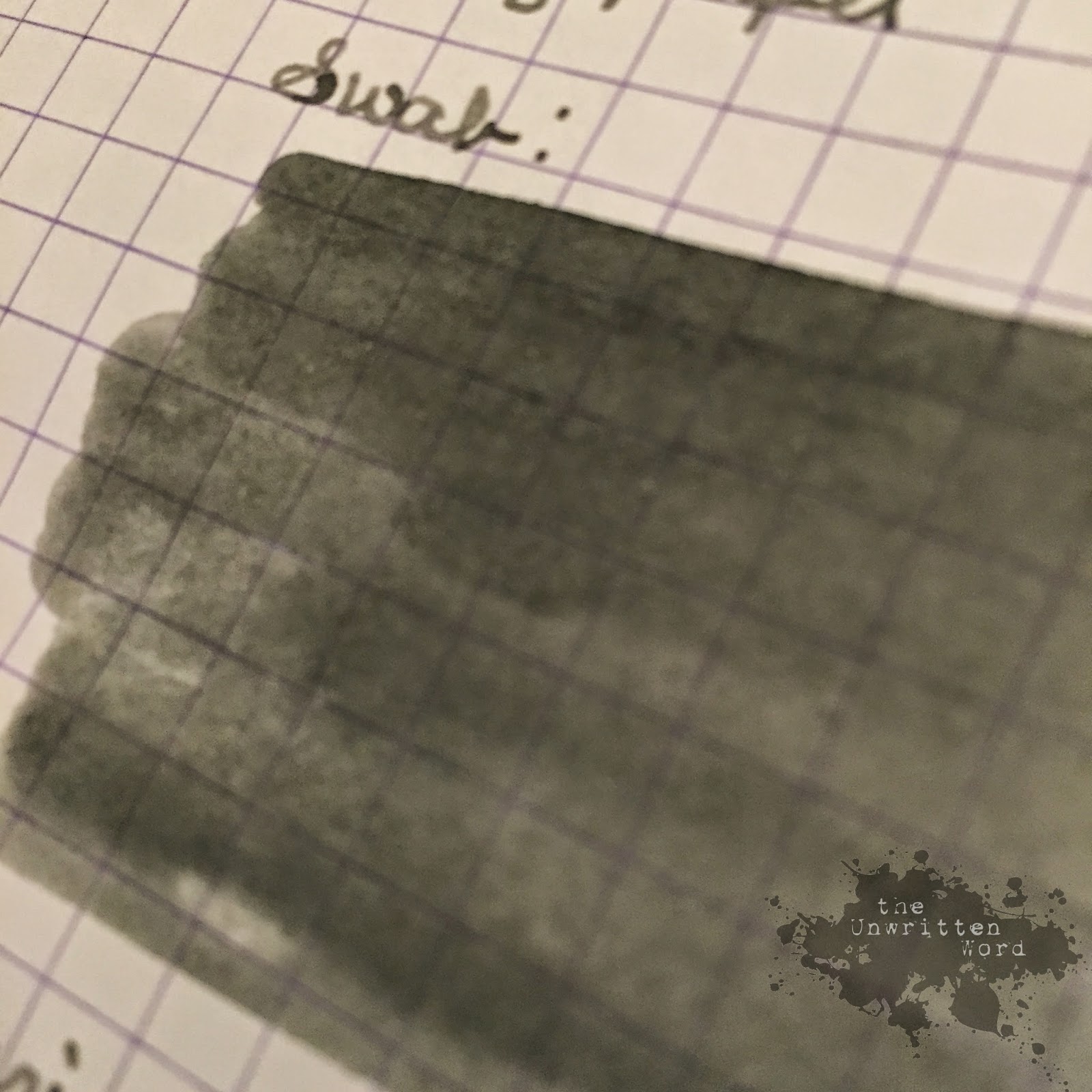 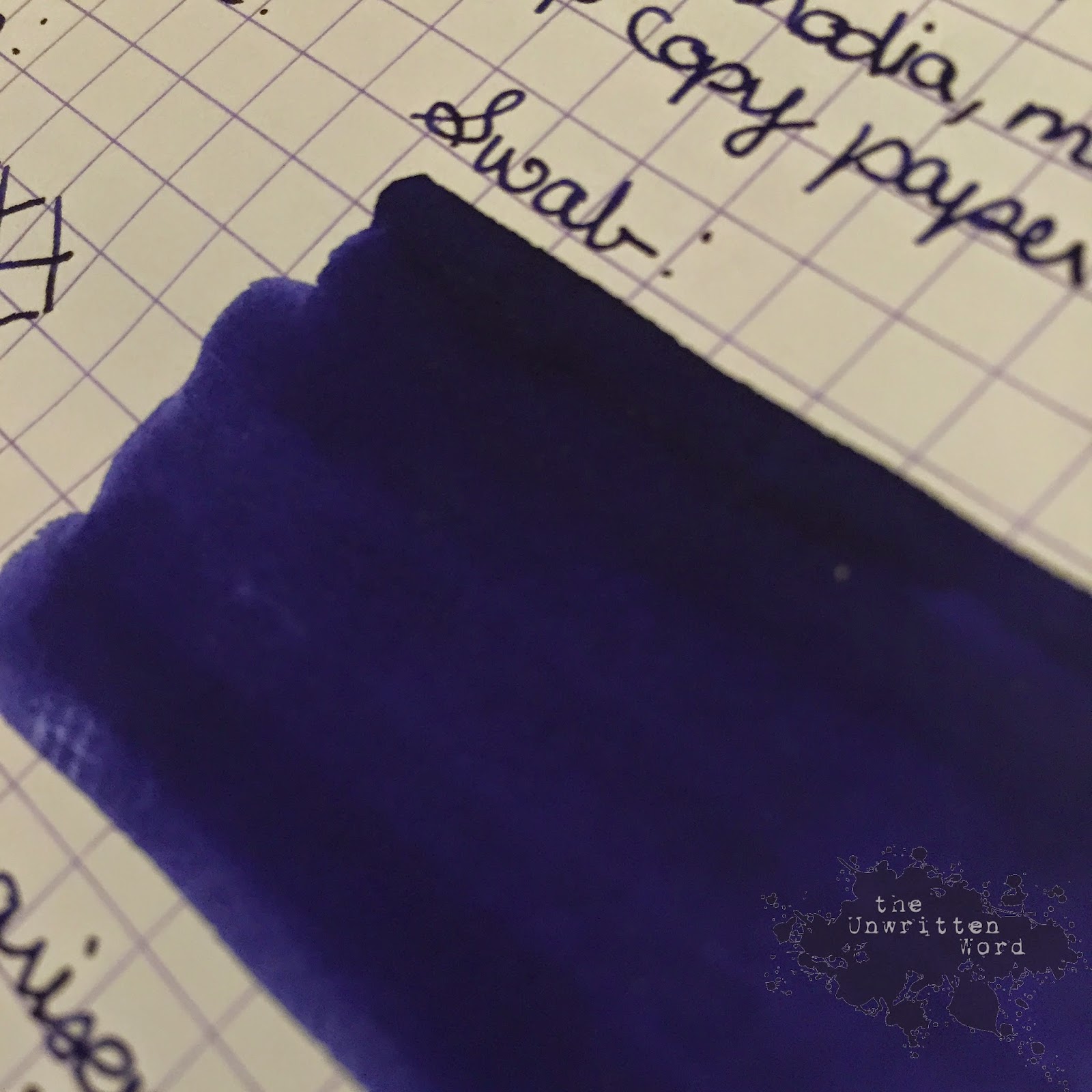 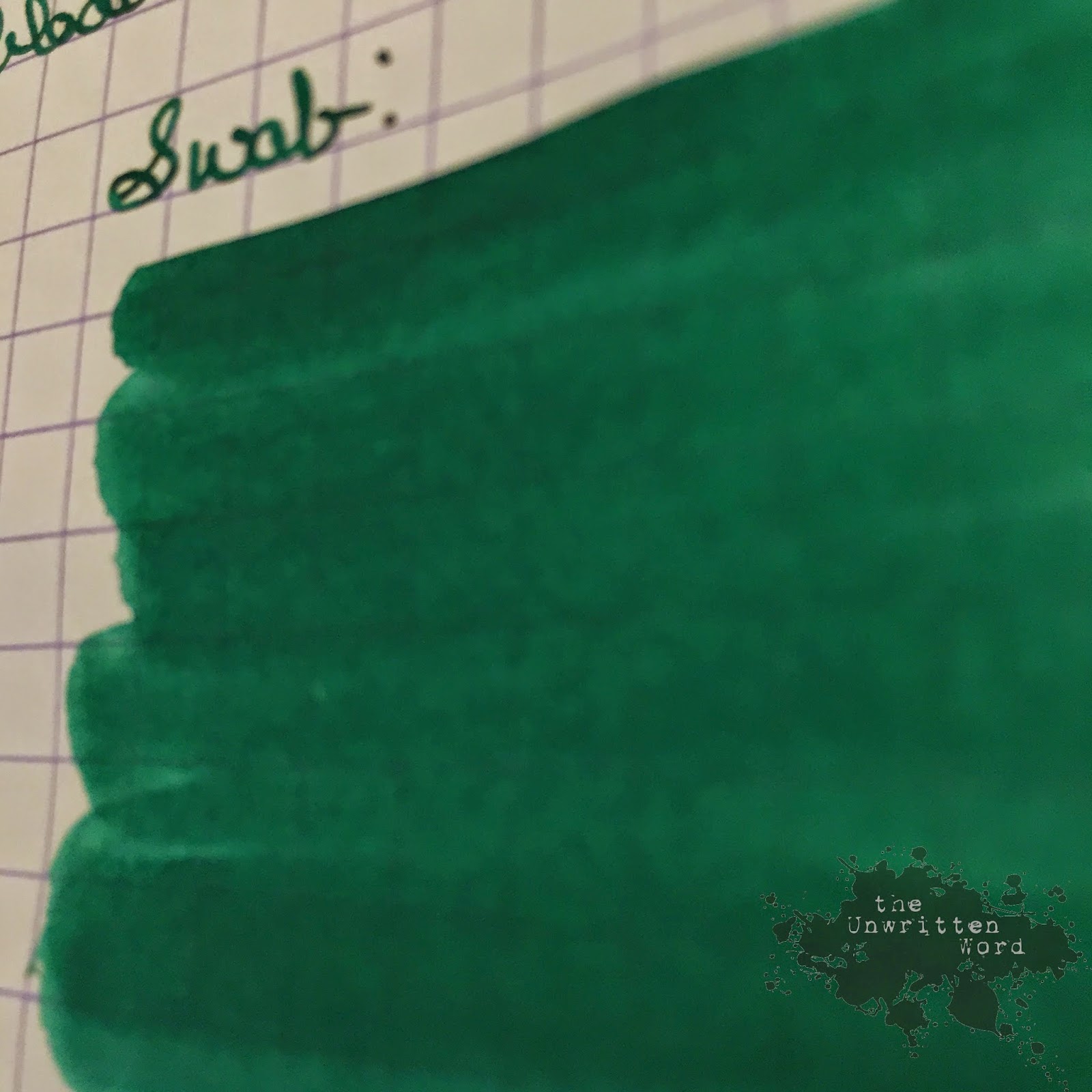 I enjoy reviewing new inks about as much as I enjoy early Christmas presents, so be sure to check back as I post in-depth reviews of each of these colors. If you just can't wait to see the review of your favorite, go ahead and take the plunge. Overall, these inks do Diamine proud. They're vibrant, well-behaved, and packaged attractively.

Until then, I think I'll go work up some of that mushy stuff I was talking about and spread it to Husband. He's my favorite, and I hope he never, ever doubts it.

Posted by Marisa at 9:03 PM No comments: