The Invincibility of Grief (and the Inevitable Ache of Regrowth)

I have been planning to write this post for a while, but I haven't gotten around to it. I'm not sure what I was waiting for. Maybe it wasn't ripe yet. Maybe I thought it was, but I needed another week on the vine to figure out what it is I want to say. 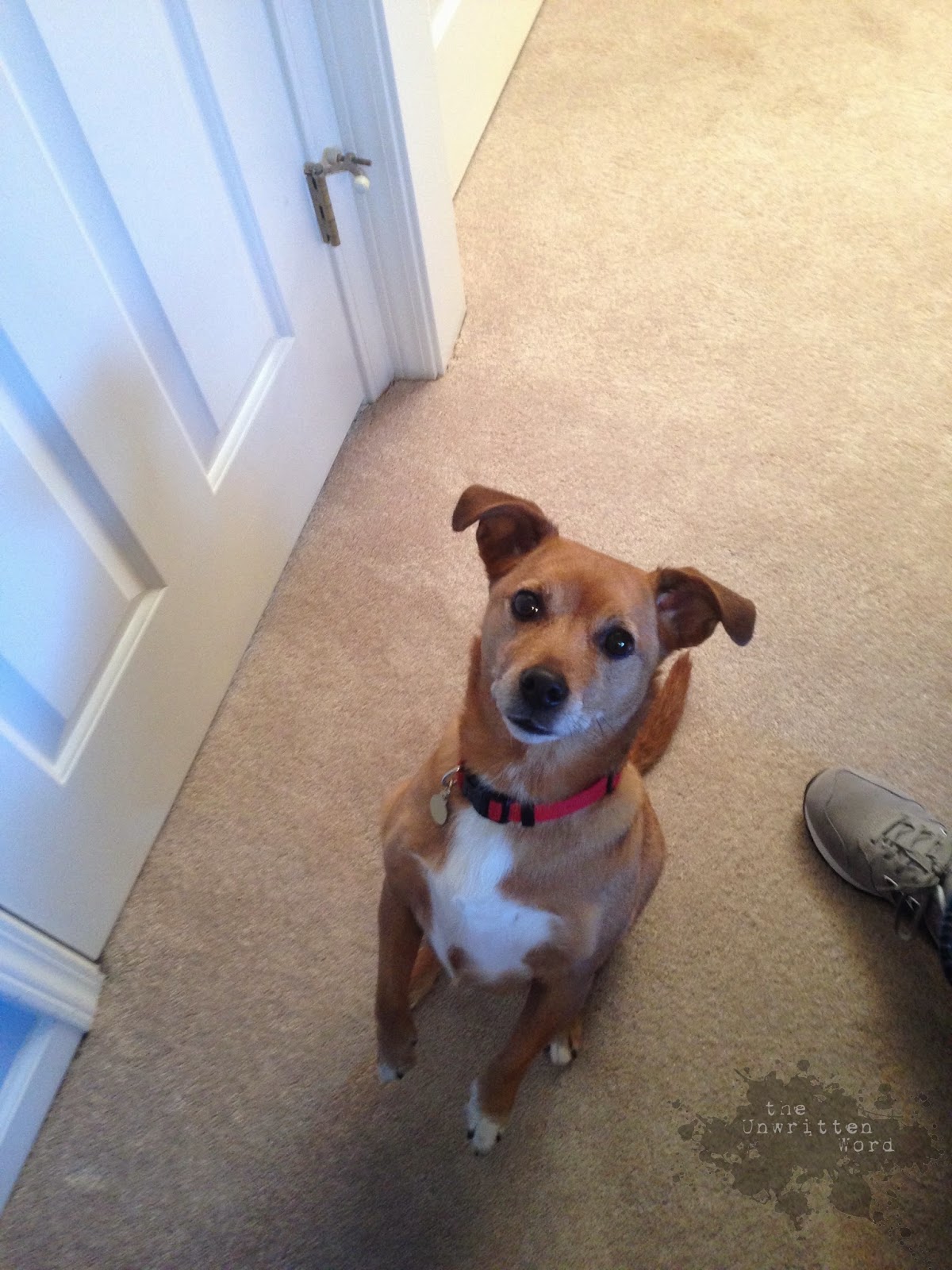 I mentioned in my last post that we suddenly lost our beloved dog, Bella, in a tragic accident. What I didn't mention was what went along with her when she died.

She may have been a dog to everyone else, but she was my role model. There were so many things I was still learning from her:

To greet every person with an open heart and wagging tail.

To be quick to apologize, sincerely, with wide liquid eyes.

To show my joy, unabashedly, until it catches fire like a shared candle.

To pick out the saddest person in a room and offer them quiet, gentle kindness to soothe their hurt places until they are strong enough for a game of tug.

I loved that dog so much more than I realized.  After she was gone, I saw her everywhere. I found little bits of her hair in my purse from where she used to like to lie down on top of it. Her toys were hidden all over the place--couch cushions, under the bed, in my shoes. When I was drifting off to sleep, I thought I heard her sigh like she used to when she was dreaming. I heard keys jingle and thought instantly of her collar. I saw her profile in the shower tiles. 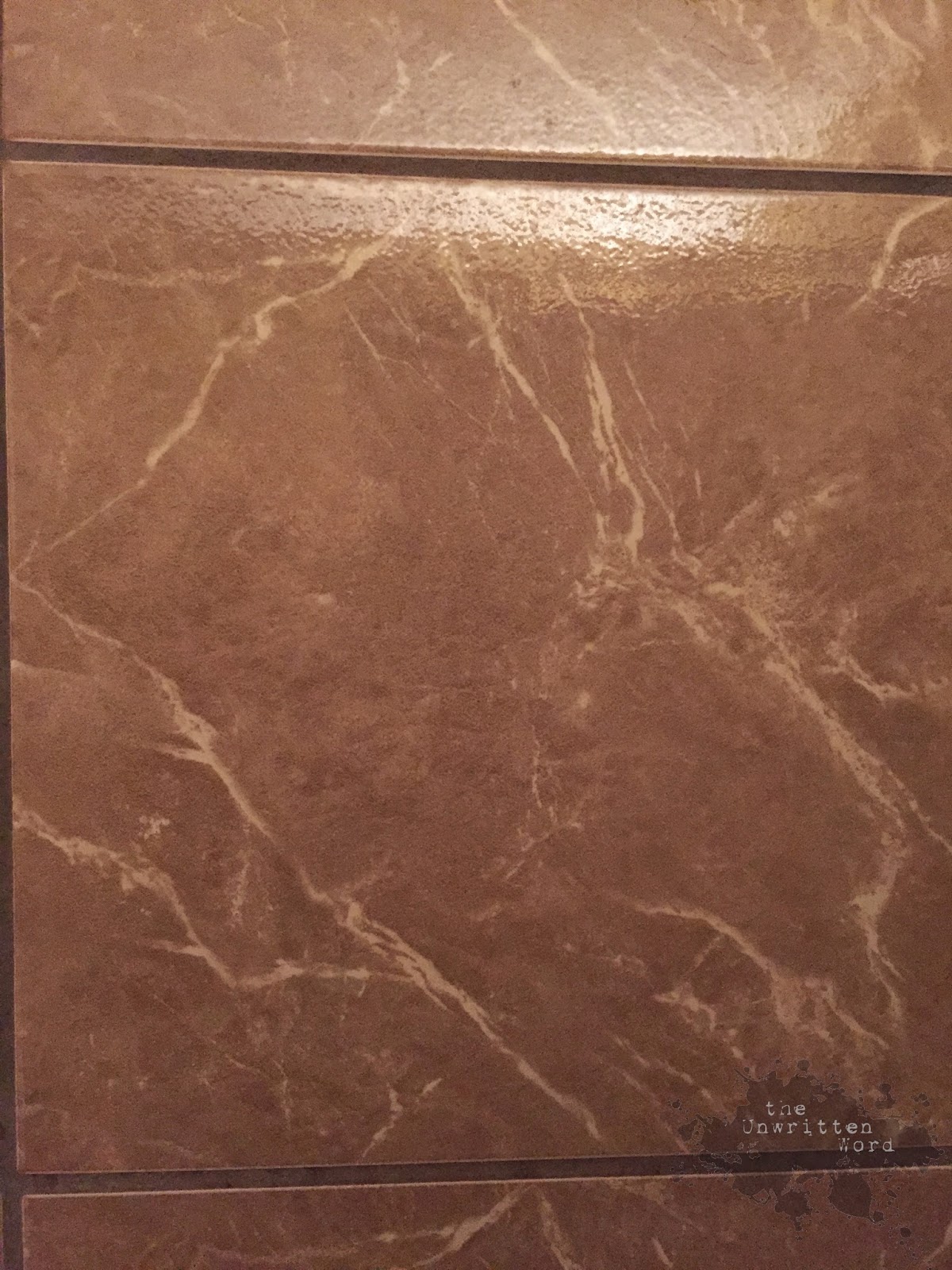 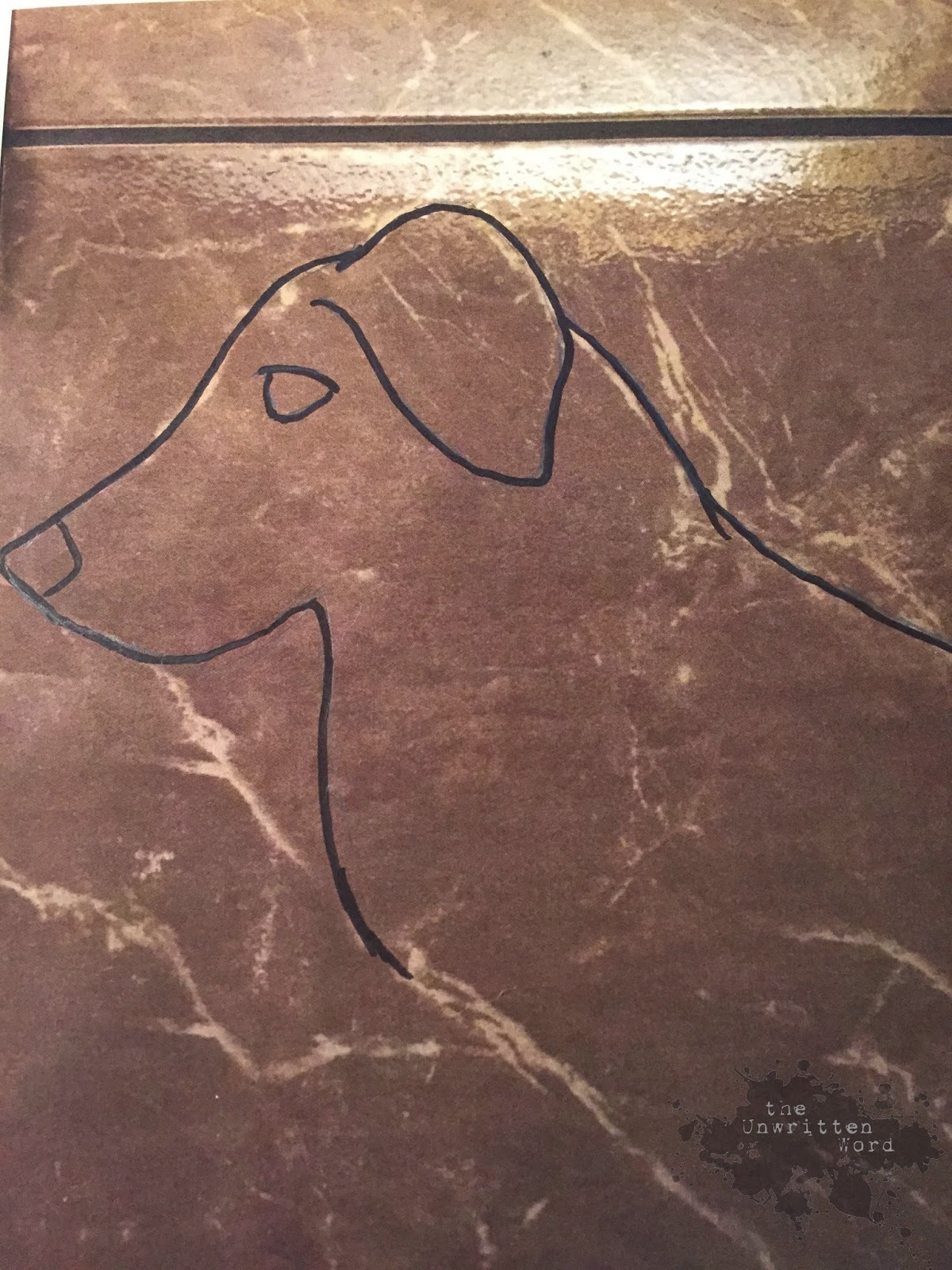 Sadness and remembrance attacked me like that over and over, like life was suddenly a minefield. They blew me up again and again, and the grief made me invincible. I was not afraid of anything. Nothing can break a heart already broken. That is, of course, unless I allowed it to grow itself back together. I wasn't sure I wanted to.

Grief may have made me feel invincible, but the potential for opening my heart to anything new made me feel vulnerable. In that tender state of hurt, the pernicious half-life that is bereavement made me believe it was safety, and in the only avenue toward growth--healing, love--I saw only potential for failure, guilt, and inevitable pain. I was more aware than ever how many tendrils my heart had sprouted over the years, and I knew so intimately in that dark place the searing pain of having one of them cut off without my permission. 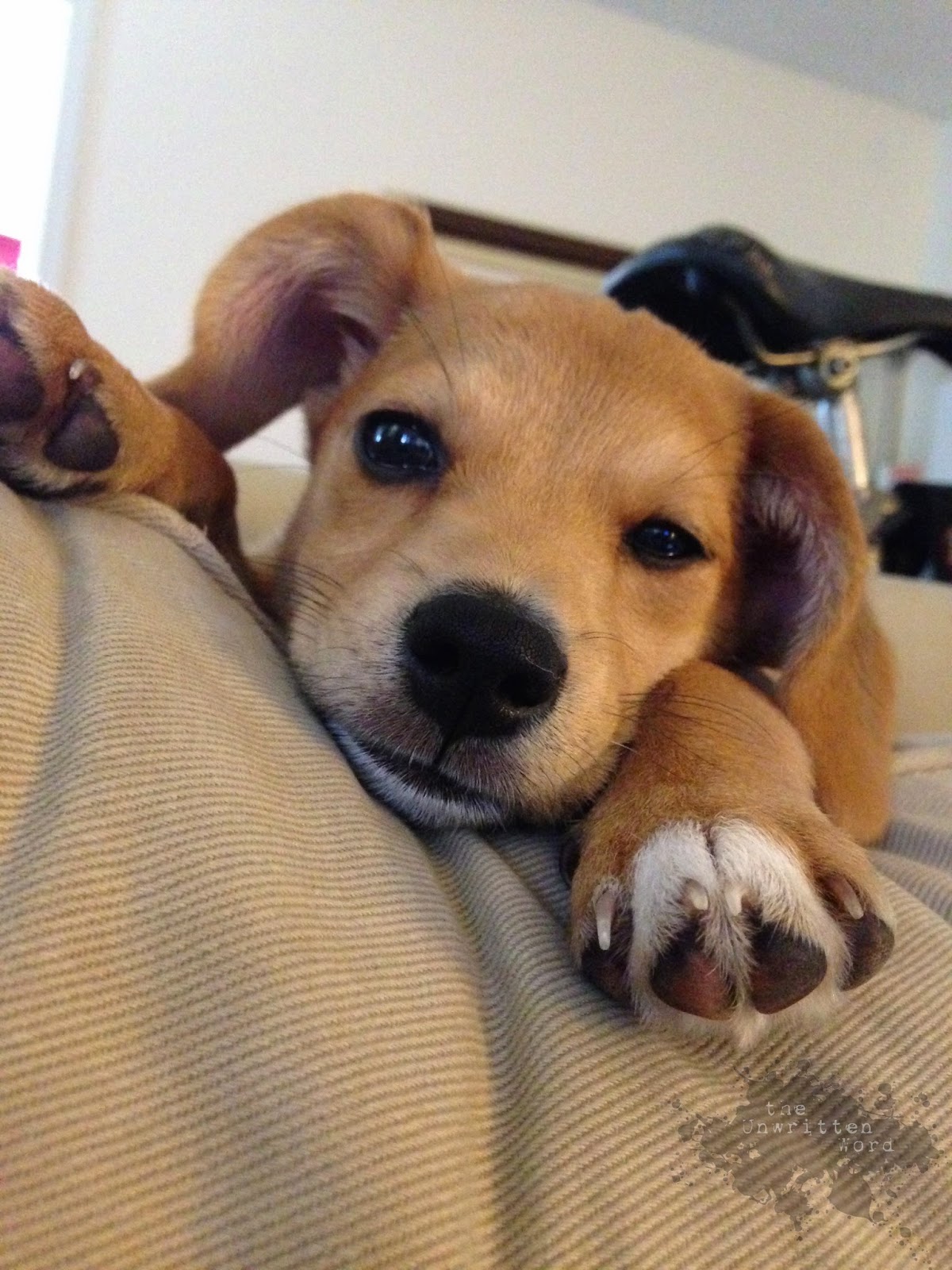 My sister found her. She was a rescue pup, and she looked so much like Bella. "It was just meant to be," she said when she brought her in the door.  It did not take long until we had to agree. We had a terrible time naming her, but a good friend suggested "Althea," Ally for short. It means "healer," and that is exactly what she is.

She is a lot of other things as well. She is a terror when she is in a chewing mood. When she whines to go outside in the middle of the night, she chirps like a sad, annoyed bird. She falls asleep anytime, anywhere...except when you want her to. 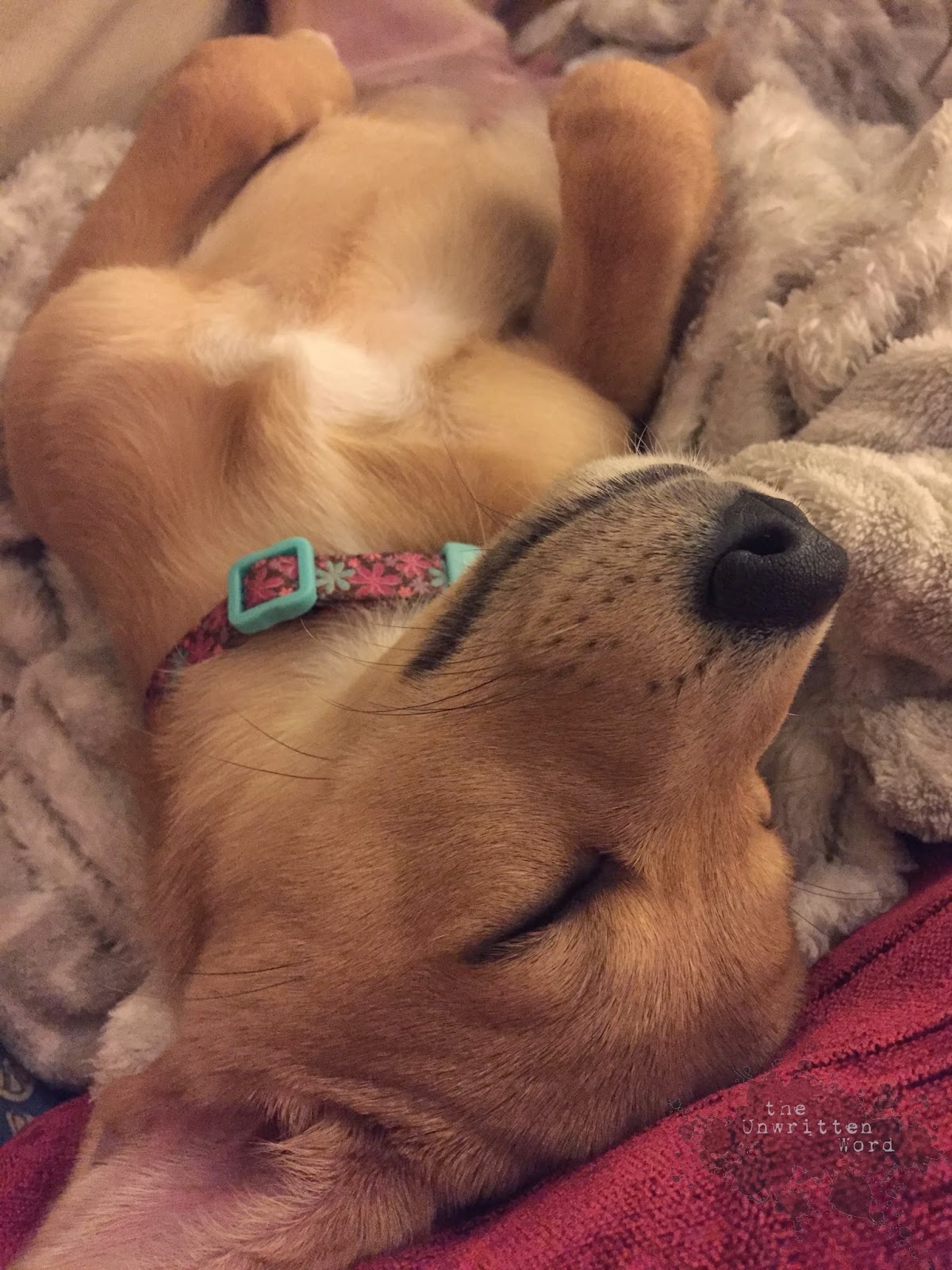 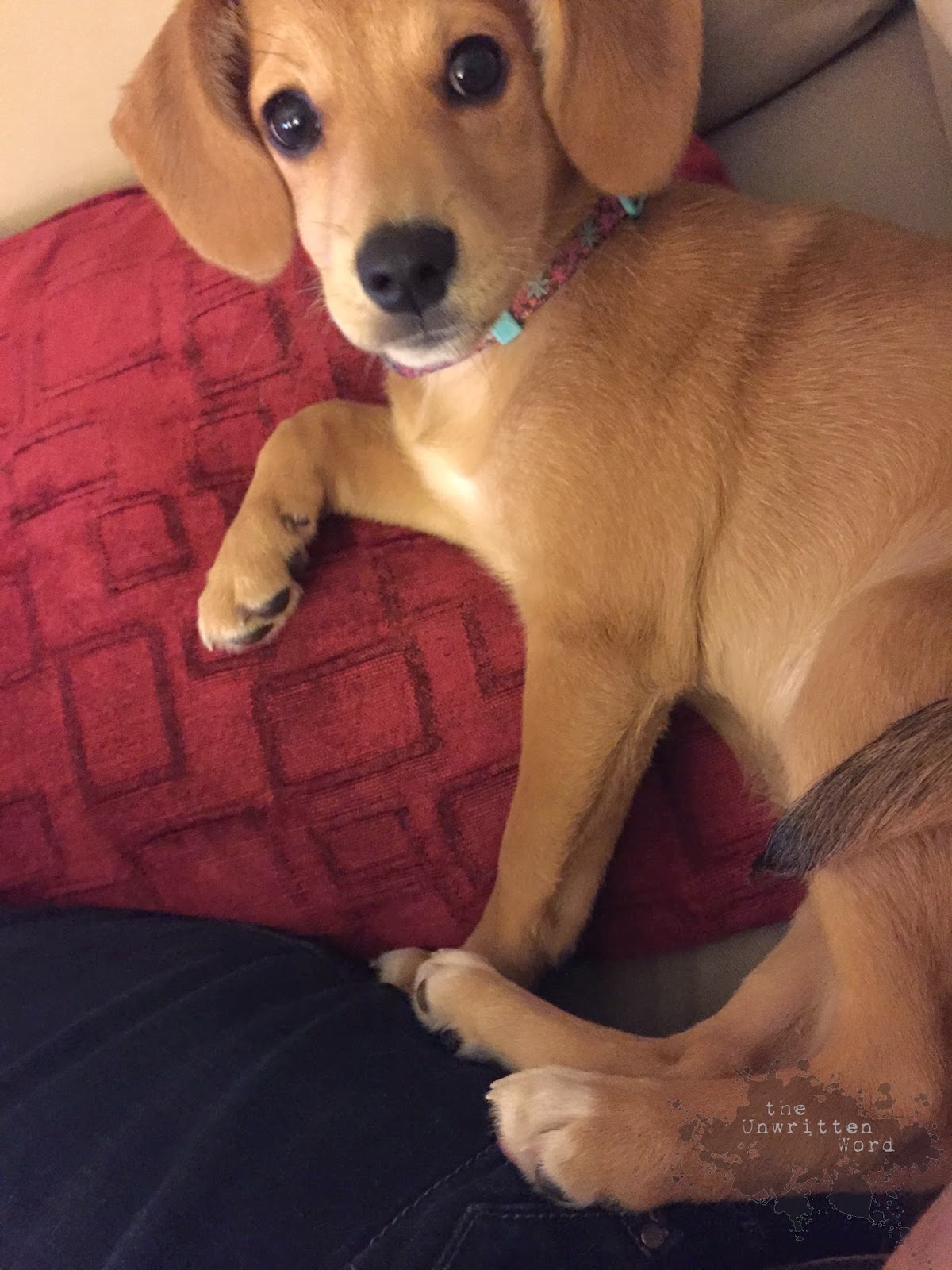 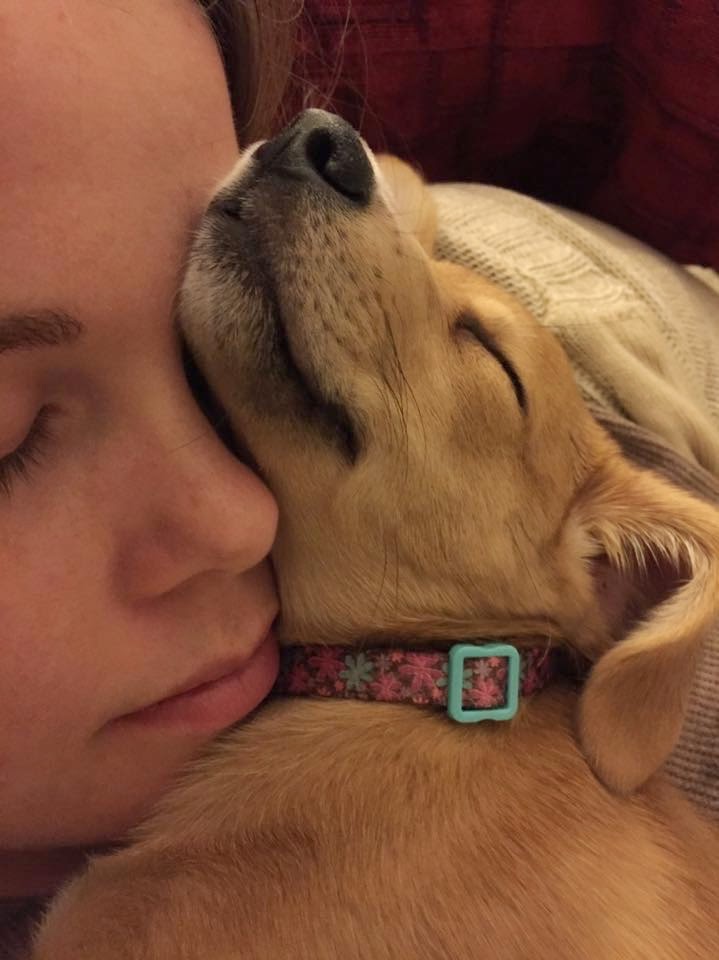 In other words, she's a perfect puppy in every way, and Husband and I both think Bella would agree.

I miss my dog. I still love her. I love Ally too, but not as a replacement--an addition. I think the difference for Ally is that I realized through losing Bella just how much love I have to give her, and how much pain I am willing to endure to offer it to her.

I am willing, and it is worth it.

Last week, a client gave me some news that settled at the bottom of my heart like a handful of wet sand. There is grief in her future, and because I care about her, in mine. I heard her loud and clear when she told me how the grief makes her feel like nothing is worth the pain. I heard her when she told me it feels like all her caring is for nothing, just a gamble and a loss. I also heard her when she found a little sprout of hope to hold on to, and grasped it tight almost before she realized it. She let the hope in, and let it make her vulnerable. It will ache, but it will take root and it will grow. It will do its job if she lets it.

It is only through grieving that we are reminded of our capacity to love, forgive, and understand. It reminds us that callouses are just skin after all, and they are there to hide the tenderest parts of us underneath. Only when a loss scrapes it away and we feel the pain of it are we reminded of the tremendous sensitivity of the human heart.

Sometimes we need to know it. I wouldn't trade the pain of grief for the invincibility of a guarded heart, because it is only when we volunteer to put our hearts on the line that we have capacity for joy, love, kindness, patience, sincerity, forgiveness, and really good games of tug.